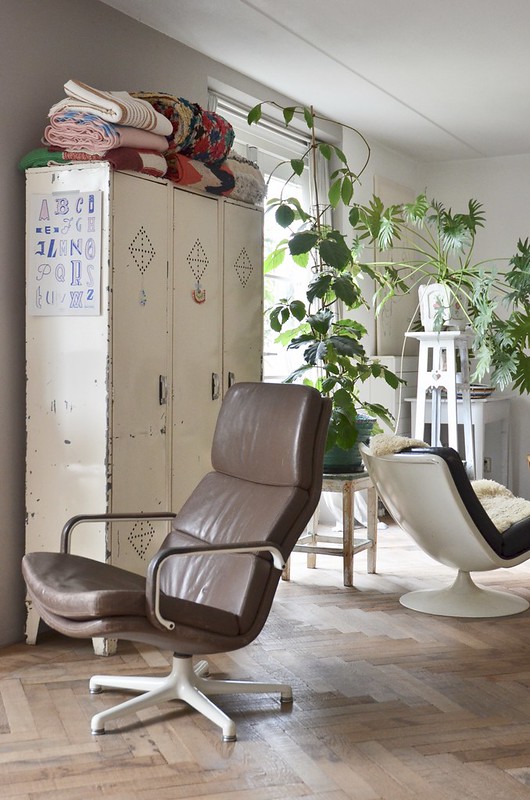 Another Harcourt in da house!

Not necessary at all, but irresistible.
Found on Saturday afternoon at 5 minutes before closing time in a vintage store in Rotterdam.

A luxury chocolate brown leather chair for day-dreaming. It's a swivel armchair with a coated chromium five-legged base.

Geoffrey D. Harcourt (1935) trained at the Royal College of Art in London. In 1962, he designed his first series of small office fauteuils for Artifort. His designs introduced Artifort to the international market for contract design. In the beginning, Harcourt designed mostly seats for reception areas. His first design for Artifort, the 042 series in 1963, was an immediate international success. His philosophy is that the chair should focus on the person and not the other way around. “First the person, then the chair.” Harcourt has won many prizes and in 1978 was awarded the title of "Royal Designer for Industry".

In the store I was convinced immediately, this had to be a Geoffrey Harcourt, and after investigation it turned out to be a family member of our other leather swivel chair, the F978 from 1968.
Geplaatst door wood & wool stool op 8:17 PM