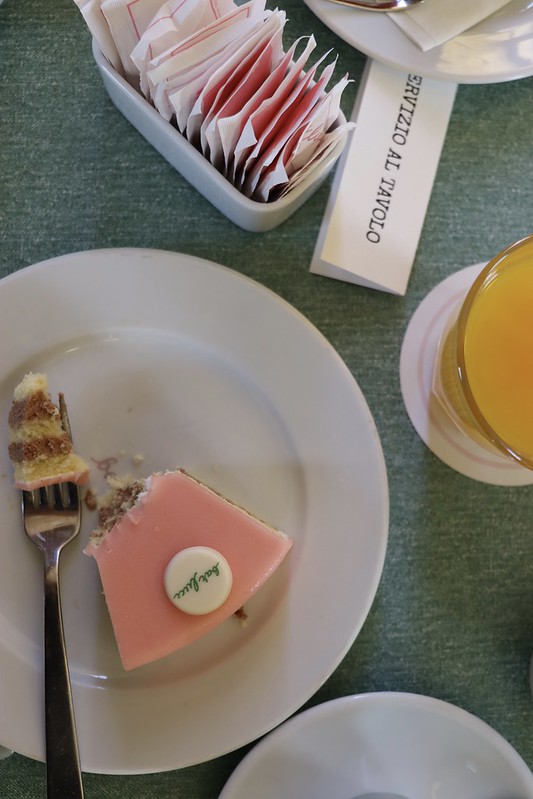 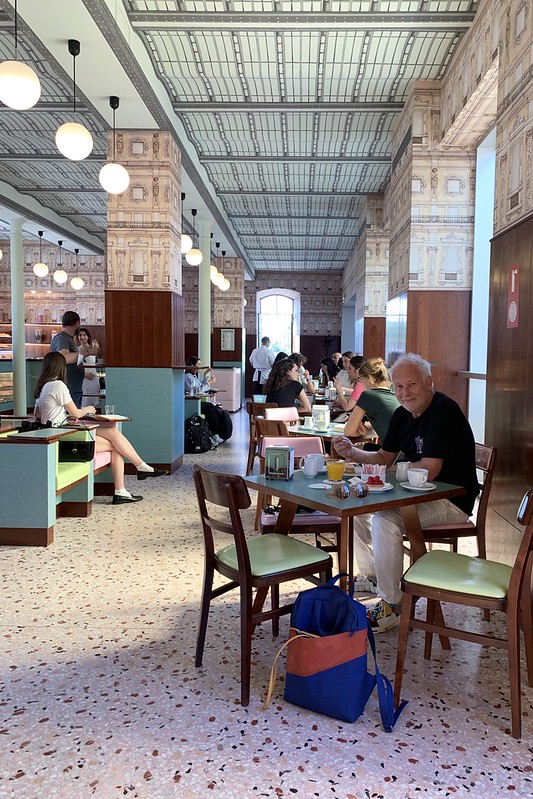 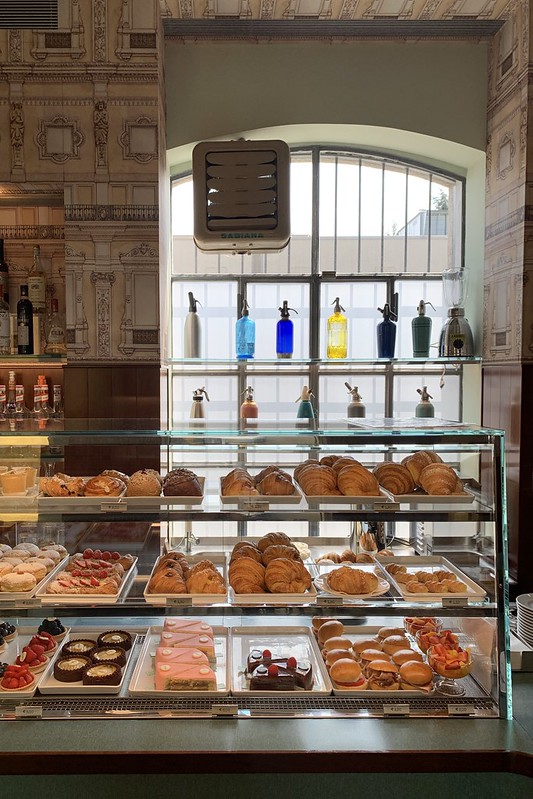 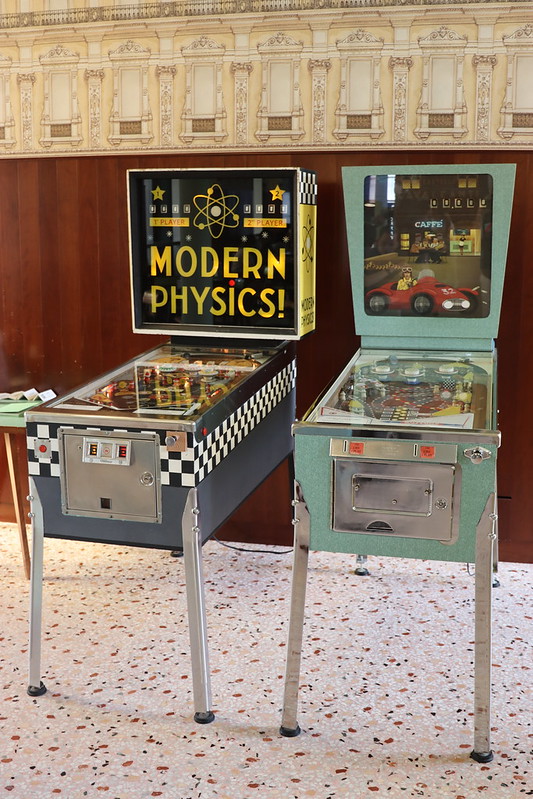 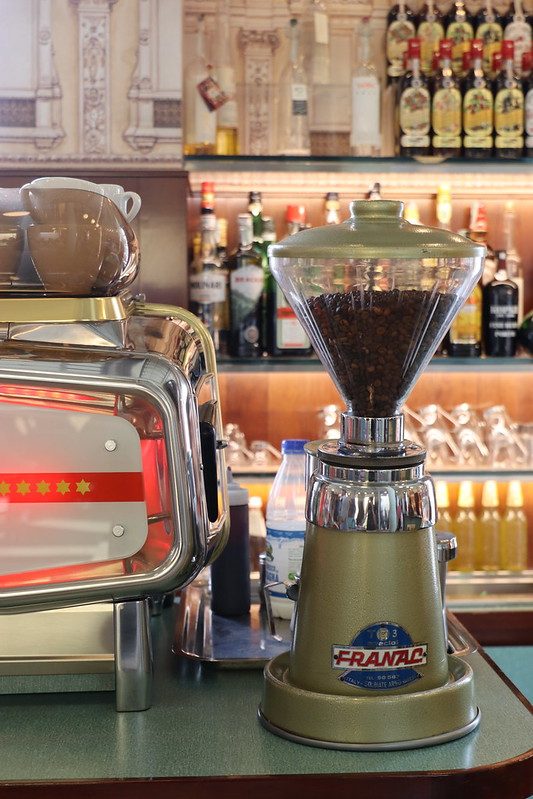 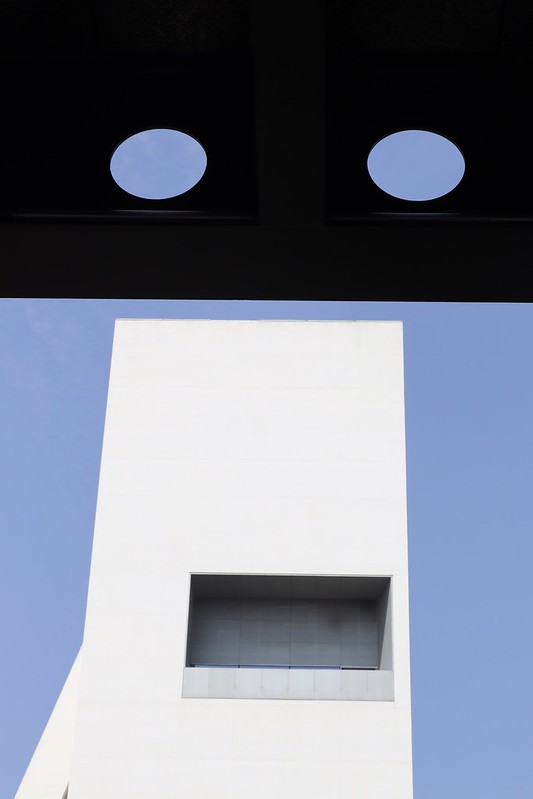 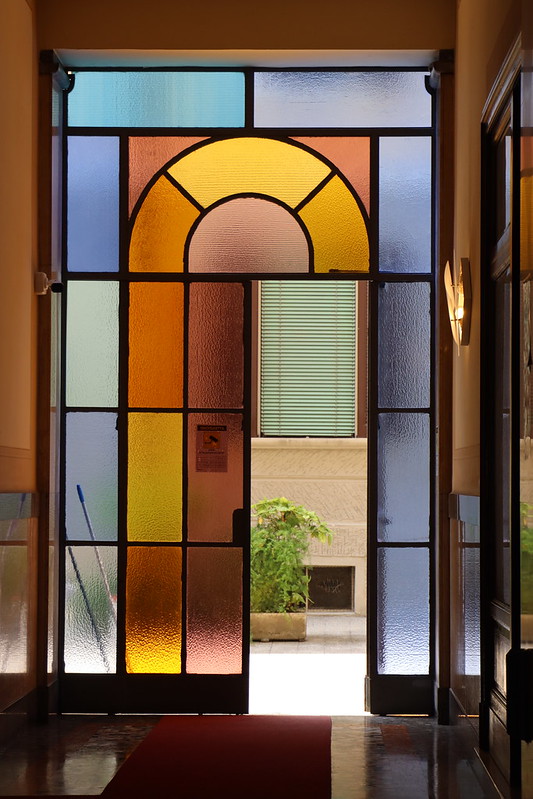 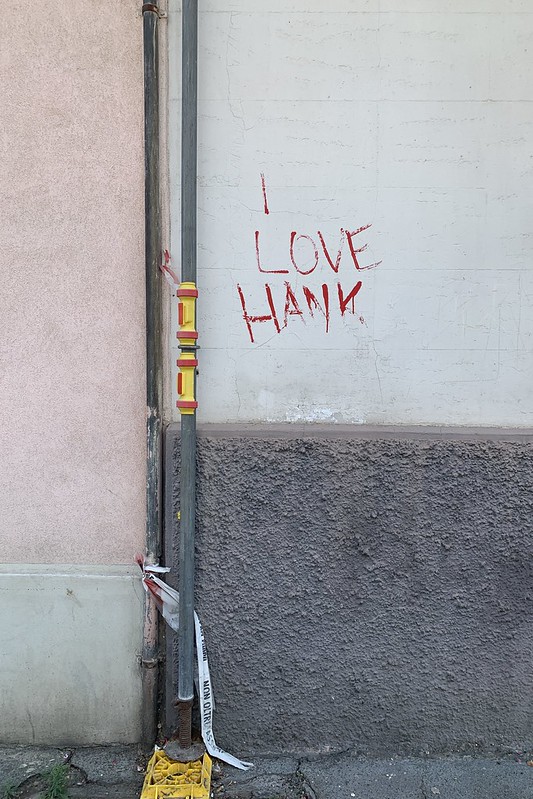 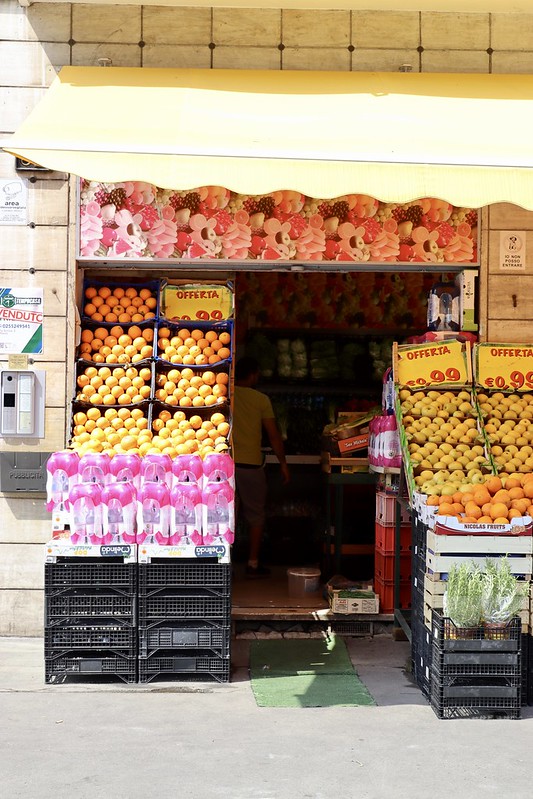 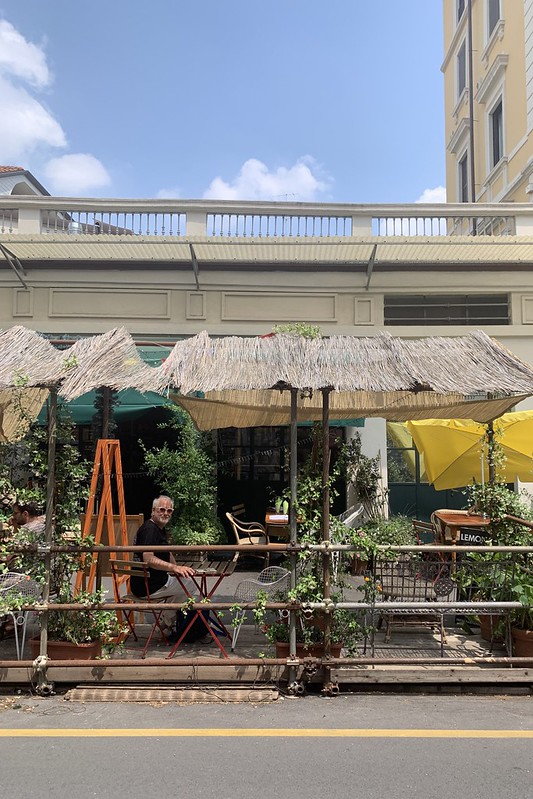 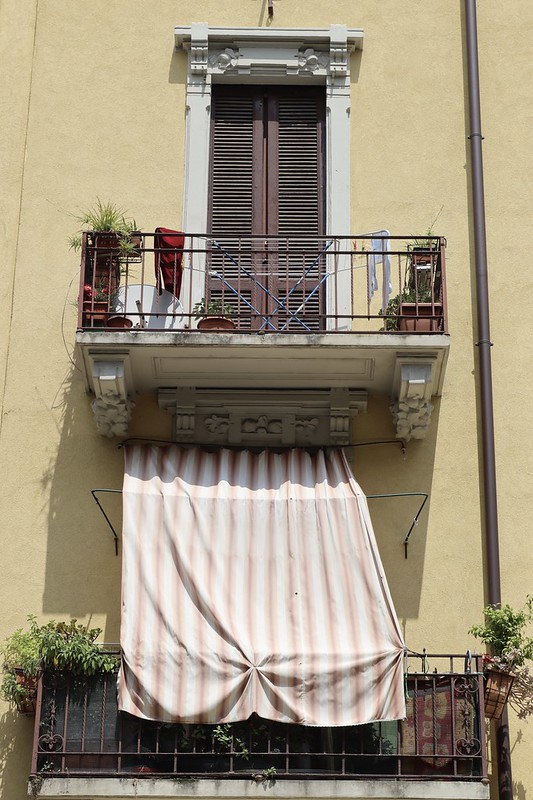 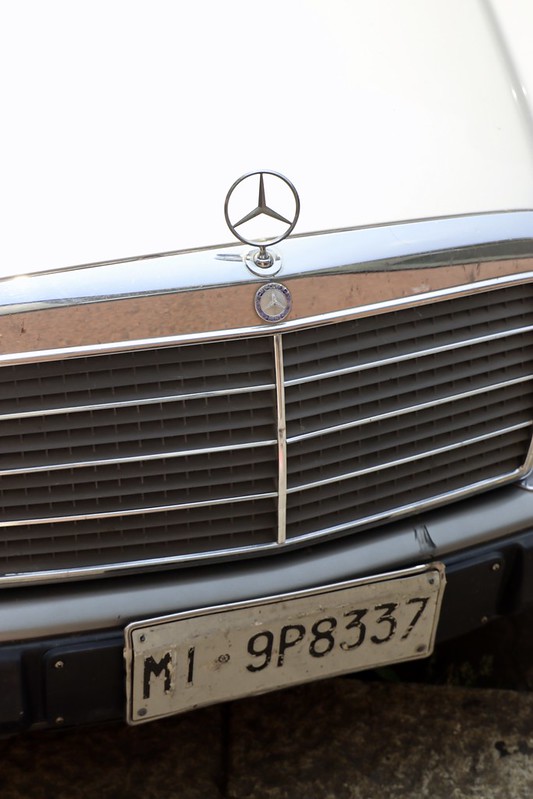 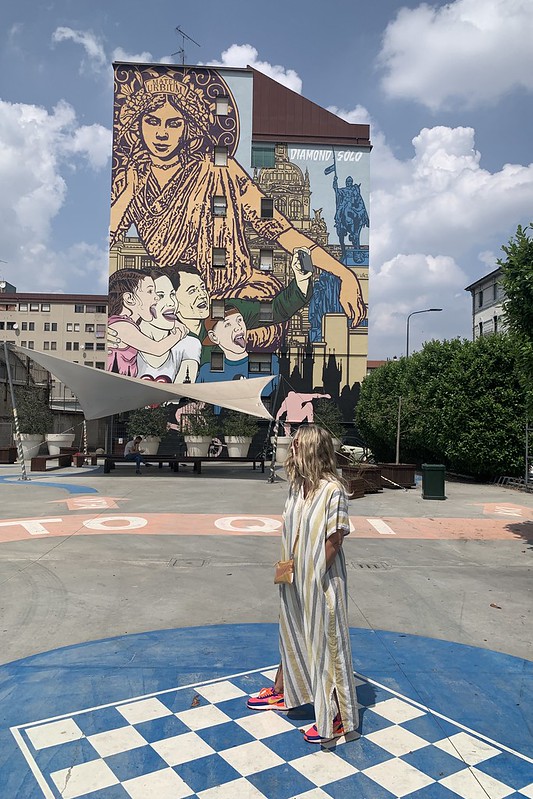 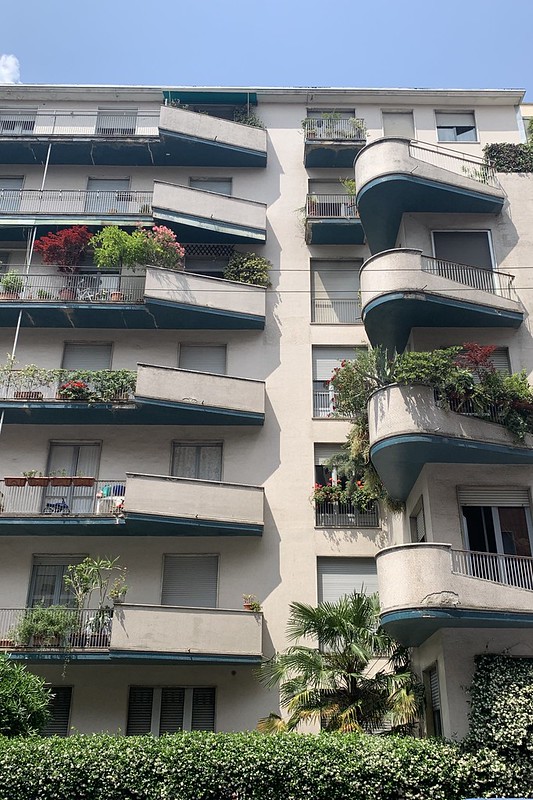 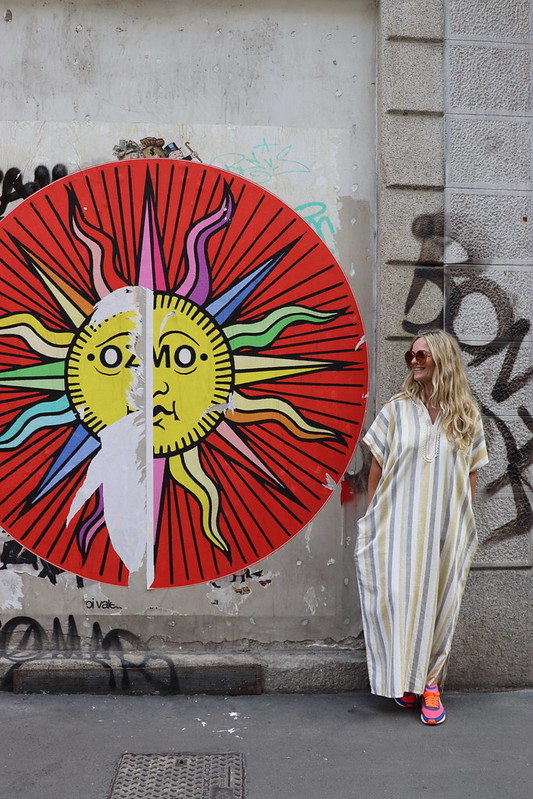 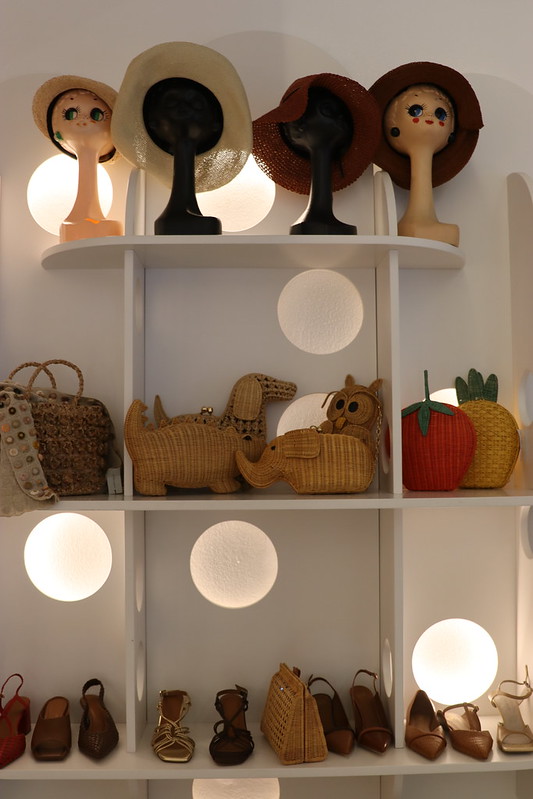 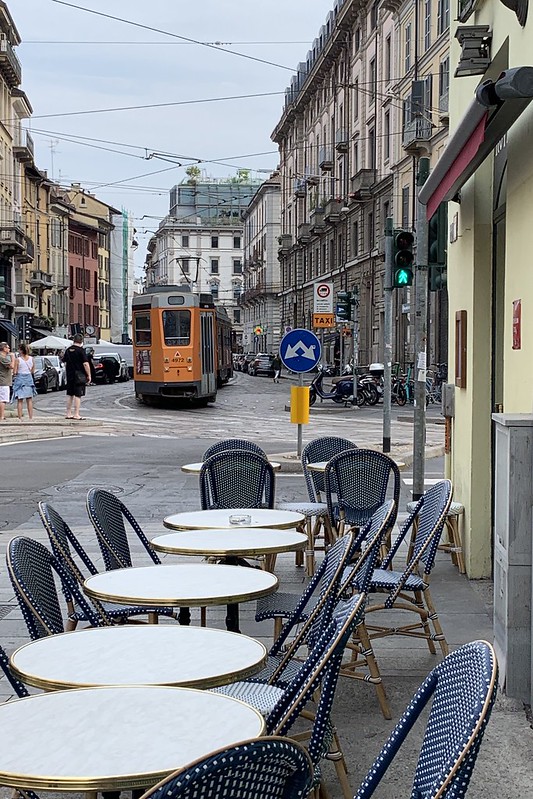 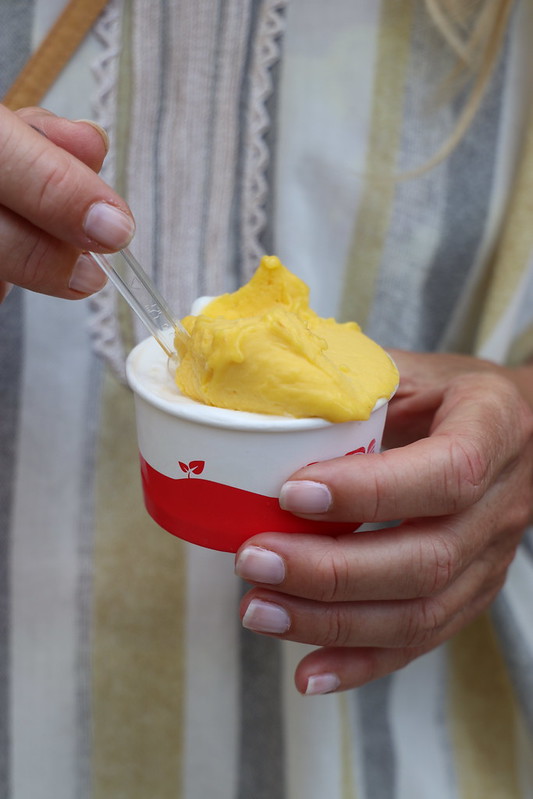 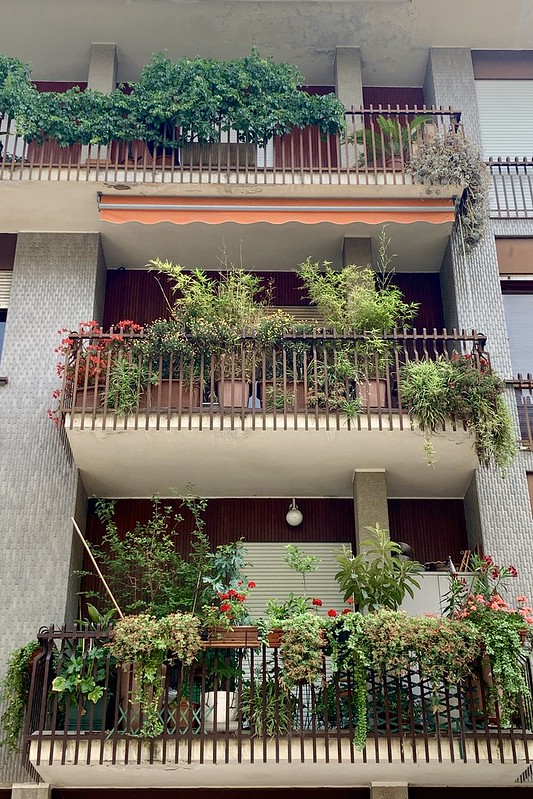 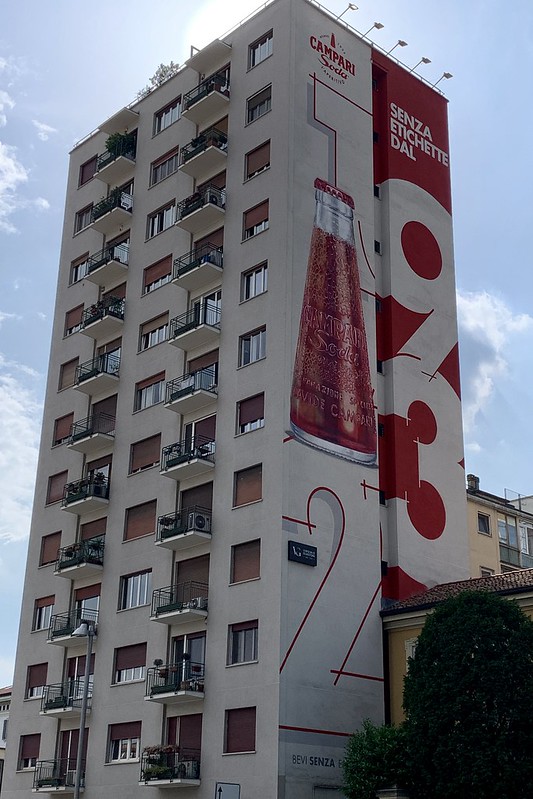 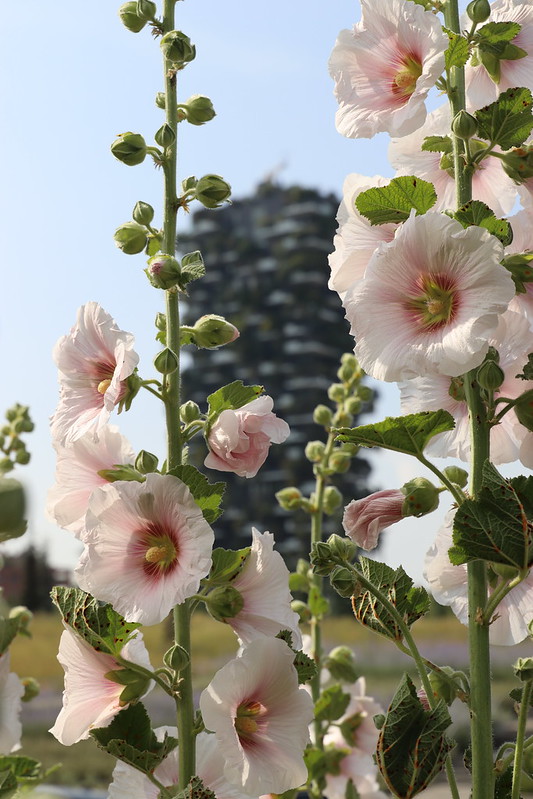 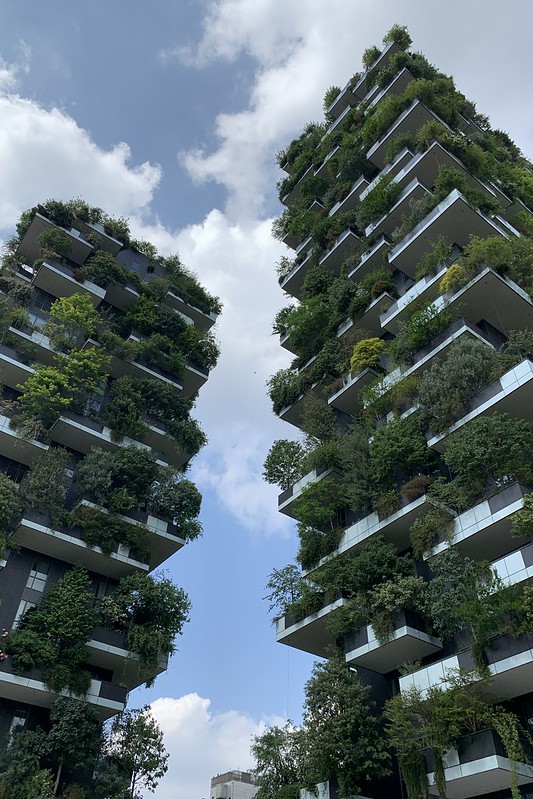 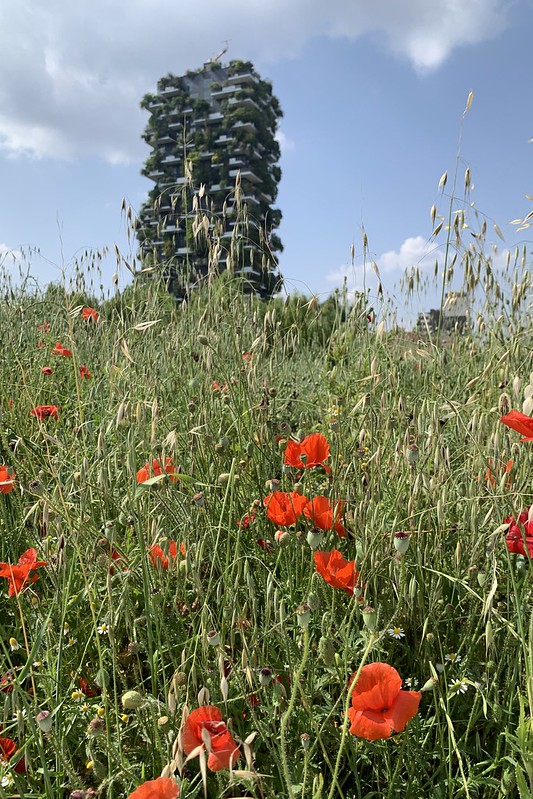 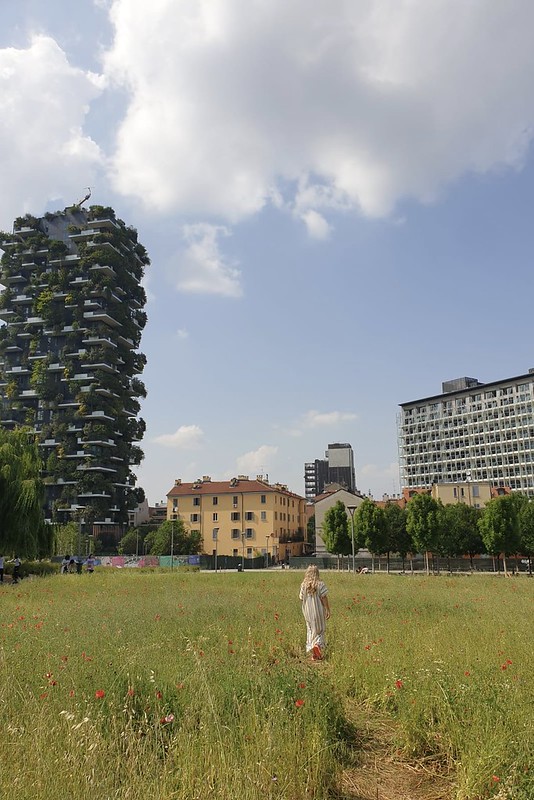 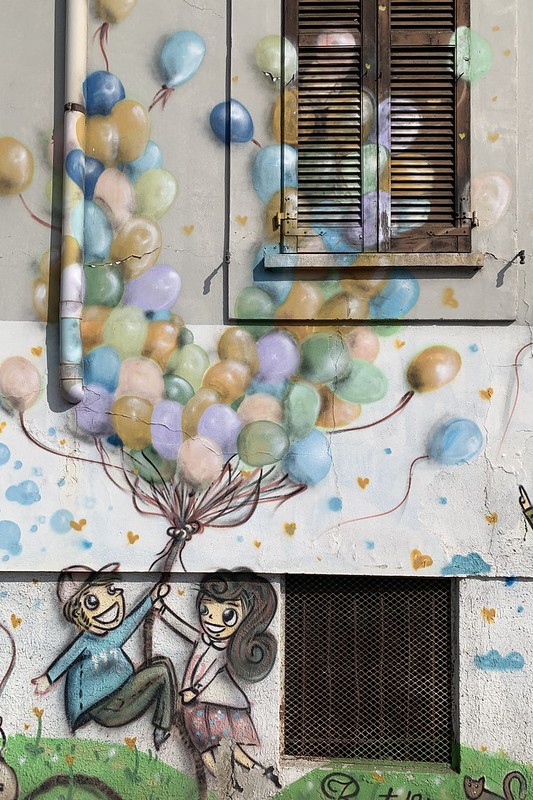 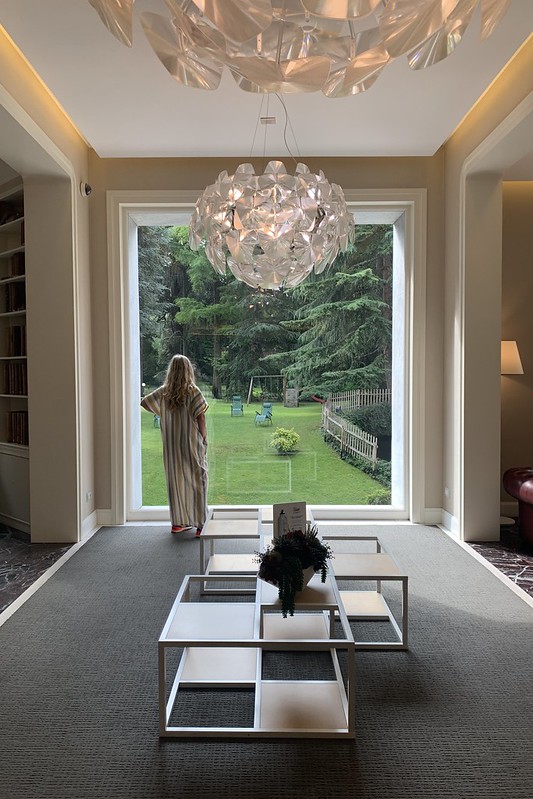 Breakfast in the gigantic woodsy hotel garden. When you start the day here, you really have no idea that you are in the city, it's so green and quiet.

Henk wanted coffee & cake at Bar Luce on his birthday, so we went to Fondazione Prada and started with a little celebration in the bar, designed by the American film director Wes Anderson in 2015. Bar Luce recreates the atmosphere of a typical Milanese cafè, however you imagine yourself back in time. The range of colors, the formica furniture, the seats, the floor, and the wood wall panels are reminiscent of Italian popular culture and aesthetics from the 1950s and 1960s.

We had a delicious lunch on the cosy terrace at vegan restaurant la Schiscetteria.

and our daily dose of street art in Giardino delle Culture.

I imagined a lot of it beforehand, but the two famous green residential towers were even more impressive in real life, Bosco Verticale surrounded by a field of poppies and hollyhocks was awesome.

We continued our walk to the Brera district, which is one of the most atmospheric districts of Milan, originally an artists' district. Today we did no less than 3 routes from the Time to Momo book!

Dinner at Ristorante Da Gaspare in the super green and lively district of Wagner. We agreed that italian food really tastes so much better in Italy.

Walking back to the hotel late at night when it's still 27 degrees. Is it summer yet?
Geplaatst door wood & wool stool op 8:14 AM