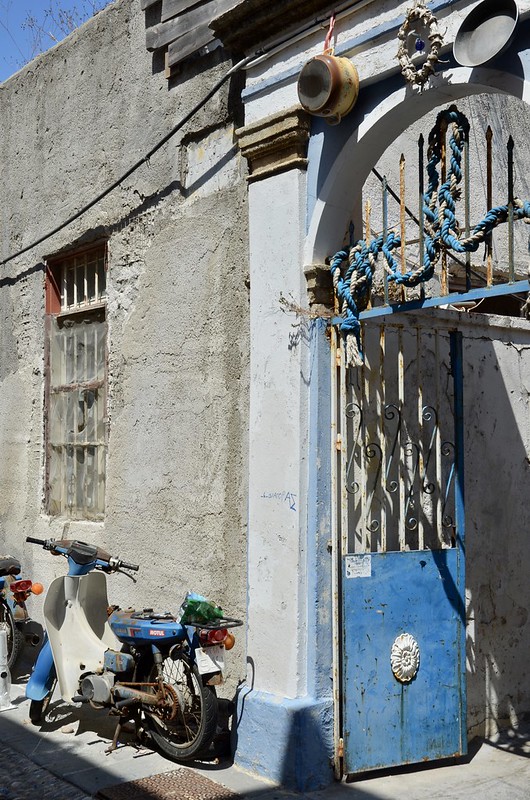 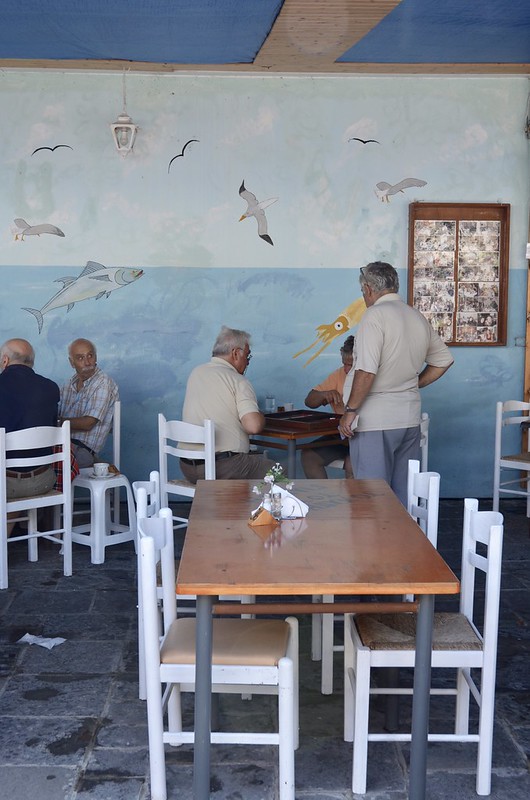 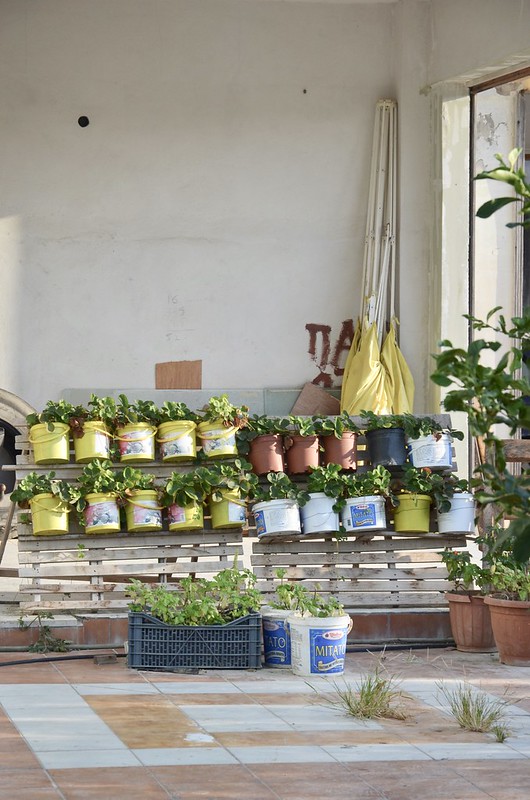 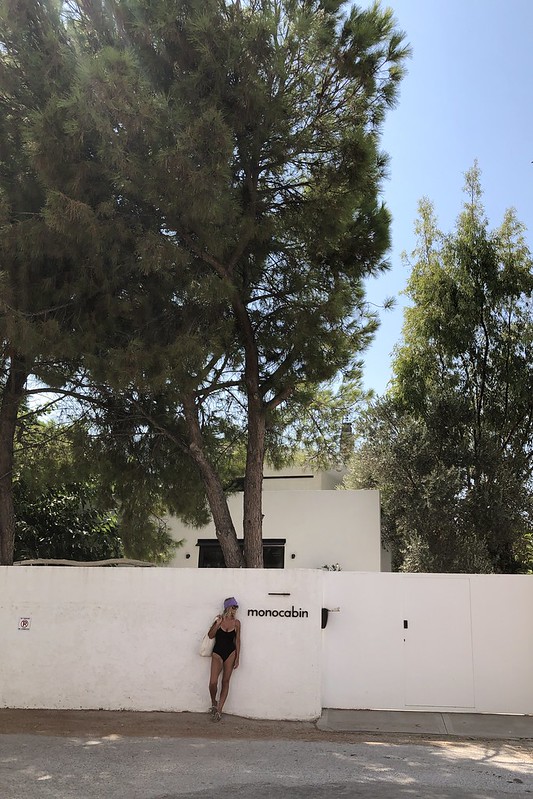 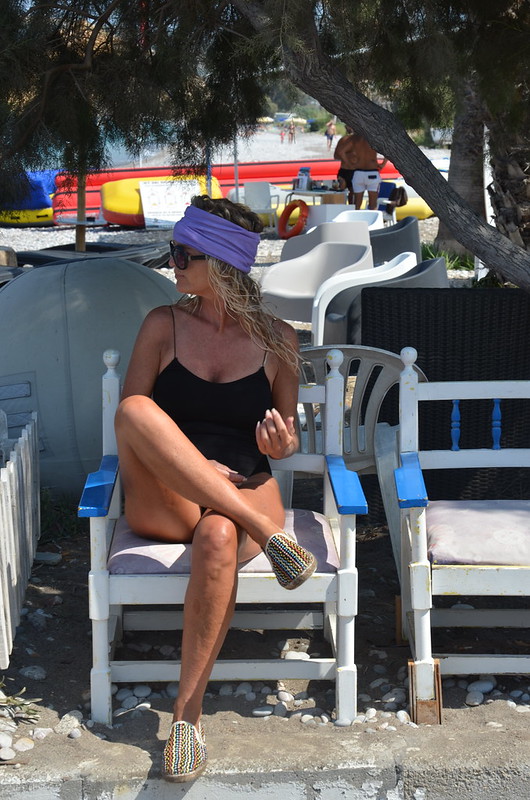 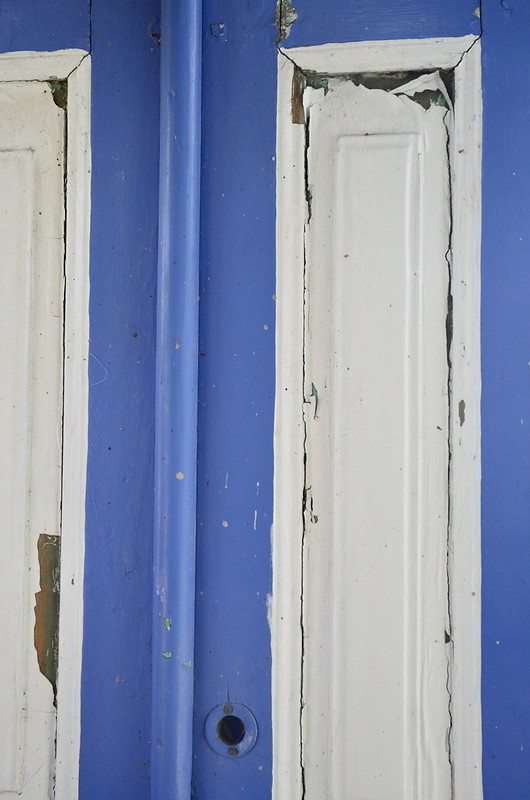 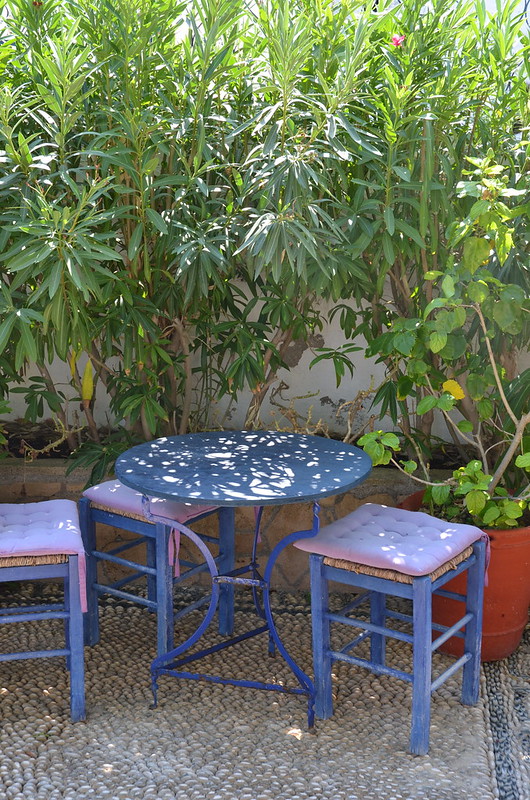 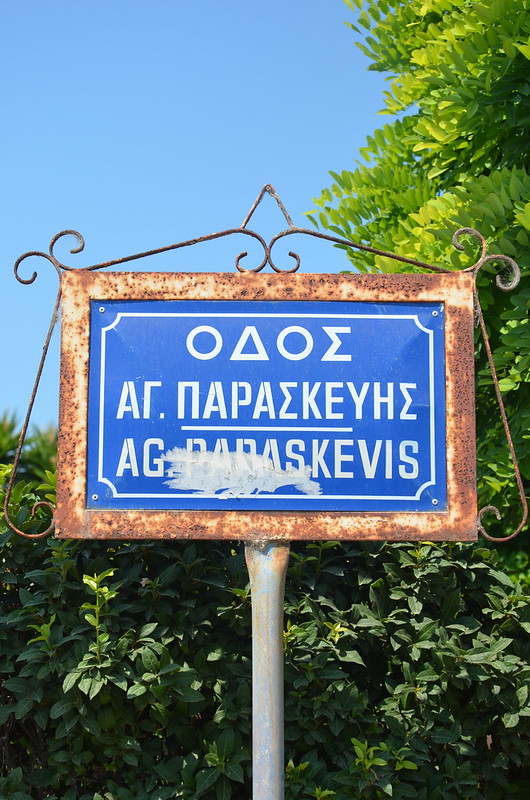 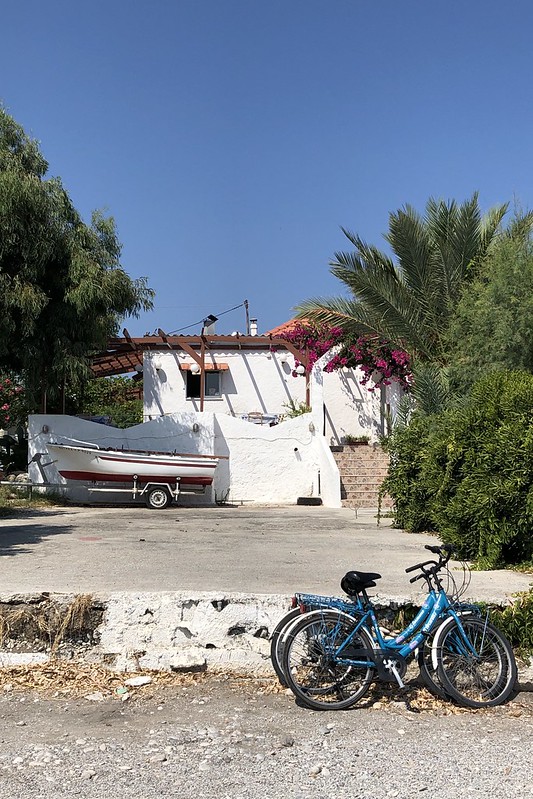 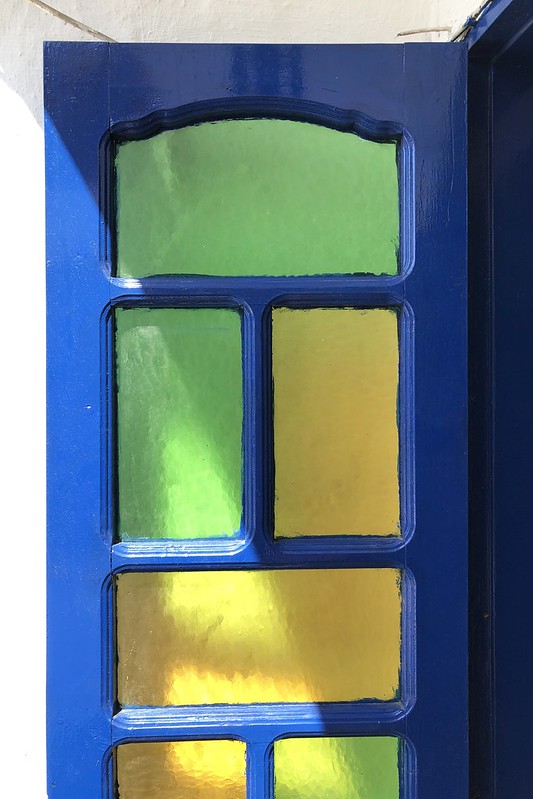 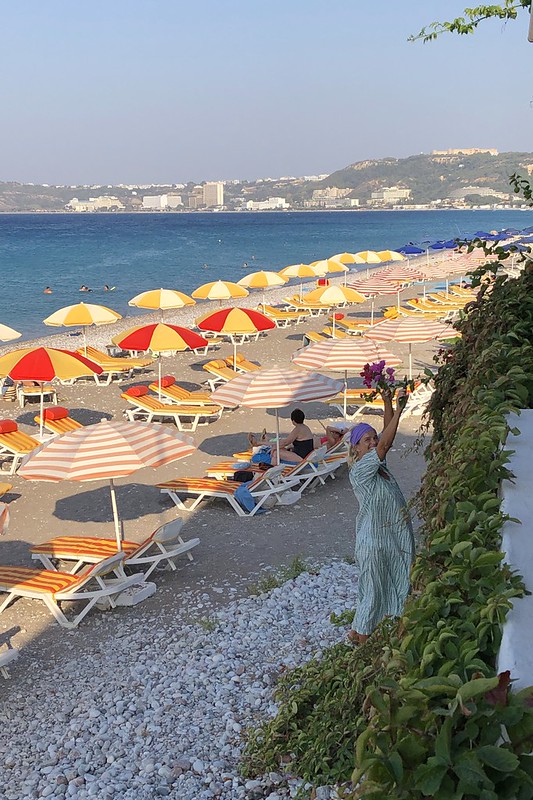 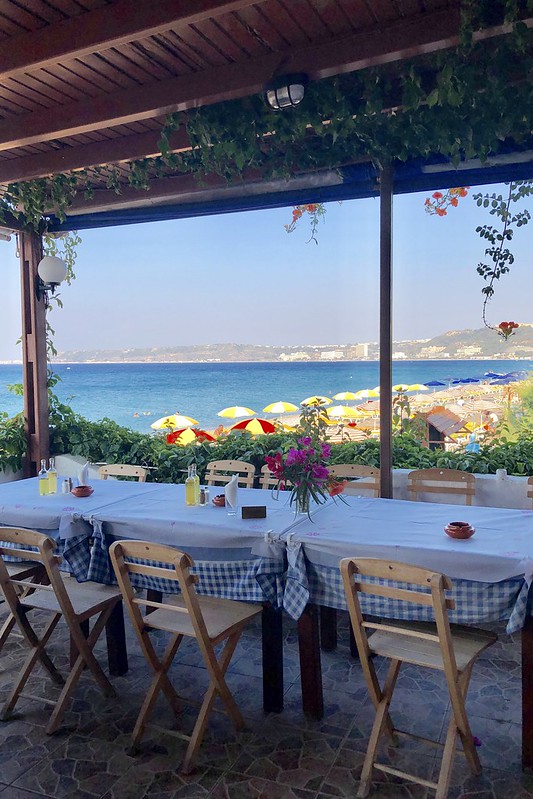 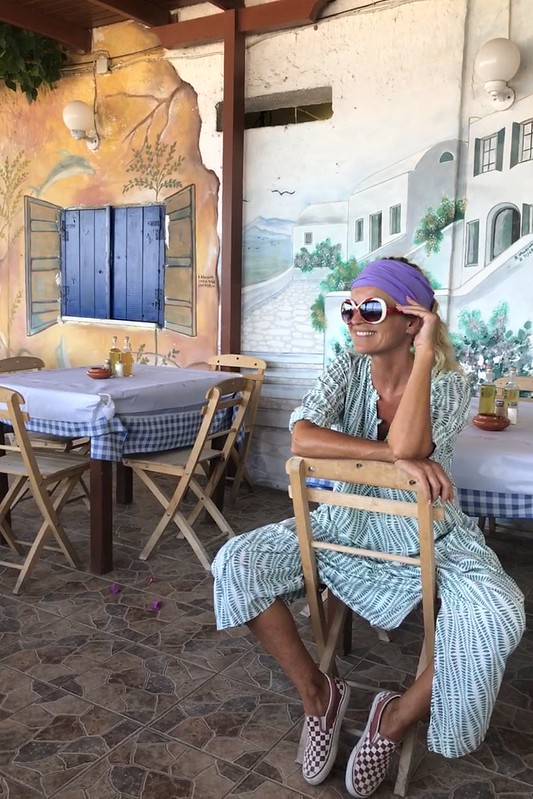 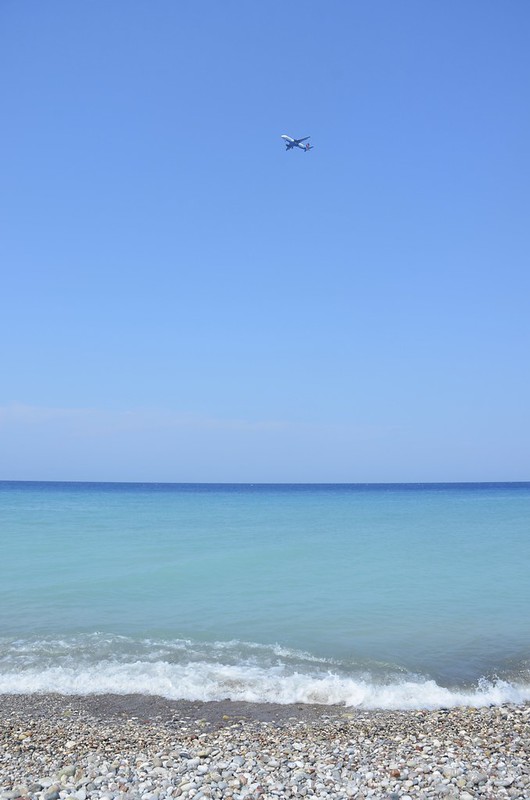 Philotimo (φιλότιμο) is a Greek noun translating to 'love of honor'.

However, philotimo is almost impossible to translate sufficiently as it describes a complex array of virtues. Philotimo is considered to be the highest of all Greek virtues, the standards for family and social living. The core concept is that of respect and walking in right paths. In its simplest form, the term means 'doing good', actions that ensure that a man's behavior be exemplary and demonstrate his personality and the manner in which he was raised. Philotimo to a Greek is essentially a way of life.

We found the expression on the typical blue & white Greek paper tablecloth of beach restaurant Kaliva, an authentic and picturesque greek restaurant, where we had lunch almost every day.

The friendly waiter who served us every day was a paragon of philotimo. During our last lunch at the beach yesterday he was setting the table for a big group for the evening. When I suggested, to arrange a small table bouquet, he returned with a big smile on his face, scissors and a vase. I simply snipped bougainvillea and pandorea jasminoides from the porch, herbs from the garden and some branches along the beach.

A gesture to express our gratitude and appreciation for his service and kindness.

Meanwhile we are back home to realize all good things come to an end...

Our laid back (beach) vacation was wonderful and we savored every moment of the greek cabin life on the island of Rhodes.
Geplaatst door wood & wool stool op 8:23 PM